Burr In My Saddle 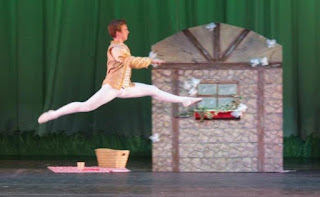 BoyA graduates highschool on Thursday. This beautiful boy still dances and loves the art form. He has gained strength through out of town intensives, a fantastic girlfriend and Ryan Gosling. Fashion is still a passion. One prom he insisted Girlfriend match her dress to his awesome tie. The male dancers at the studio has blossomed to more than 10 including The Counting Mutant.

The burr still digs, but daily fighting against ignorance have made BoyA and BoyZ resilliant and respectful of everyone.

A burr.  Digging and twisting for a long while.  It became unbearable on Halloween. Nerdy Apple Bottom, posted about her 5 year old son who wanted to dress as Daphne from Scooby Doo.  She met with ridicule from other mommies.  Their concern was her son's sexuality
The Counting Mutant read it.  BoyA and BoyZ read it.

I was not alone, another Mommy battled for her son's right. It had nothing to do with who he would fall in love with as an adult.

My boys dance. Ballet, Jazz, Modern, Tap and Hip Hop. AND THEY LIKE GIRLS!

I have battled those Moms in the market line.  Counting Mutant watched eyebrows rise with a flourish of testosterone from other men as he talks about what sport the boys are in.

That burr.  It gnaws at the flesh of my heart.  BoyA in his freshman year of high school, he stoically endured brutal bullying all year.  Once going so far as to offer a transsexual prostitute for him to figure out what he liked.

I only heard a fraction of it.

Thanksgiving holiday, BoyA in his Sophomore year and BoyZ in his Freshman year, we caught up on Glee.  After watching, we talked and slivers of truth appeared.

I asked BoyA, "To this day, with BoyZ on campus and everything cool now, do you still feel that dread of being bullied?"

BoyA, always fashion forward, pondered and said, "Yes. I don't think it will ever go away."

"I changed the way I dressed. This is one of the main reasons I am not teased anymore.  I blend in now."  He paused, "If I thought I could, I would take the fashion class at school.  I just want to learn all about it.  It would be the end of me though.  I would never live it down."  His eyes dropped.

The burr sinks its spines deeper and my blood begins to flow.

I see a shimmer in his eye, "Do you know how many girls I would get to know?!"  I watch as he calculated dating opportunities. "Oh well, maybe in college."

As parents, we are supposed to give our kids roots and wings.  To encourage their sense of self while empowering them to become what they were created to be.  Exploring interests and developing talents to their fullest.

How it is in a world of civil liberties, opportunity and equality, boys and men are judged so harshly and condemned to a stereotype?  A girl can be a tom-boy, climb trees, shoot deer, play baseball, wear pants, hate dresses, shun pink and never once is her sexuality brought into question.  No one wonders if her gender identity is confused.  No one wonders about her sexuality. She is an active girl!  She has great potential.  She can do anything.

Boys on the other hand, if they dance, like fashion, wear pink, are not interested in sports, are gentle and non-confrontational, they are labeled as gay.
Interrogations start: Maybe the parents aren't infusing them with enough testosterone, like we should have an IV on hand and give them a dose of it in their sleep.

Boys have to be tough.

Boys have to confront.

Boys have to challenge each other to the pain in order to prove their manhood.

It makes me sick.  I hate the double standard. That stupid burr. All I can do but be a safe place for them to come home to.