We walked to my car after class. Phone numbers exchanged. I did not know his name; didn't matter anyway. No respectable guy would ever want me. Why not just try the meaningless sex with a stranger. Who knows? I might walk away with a piece of myself?  Maybe the Parentals and the crackly radio preachers were wrong. I had tried it their way. It was time for something different.

The phone rang. I answered and all he said in reply was, "Hello."

I slightly panicked; he didn’t identify himself. I realized The Parentals would never let me go out with Nameless.

I awkwardly asked, “I’m sorry to ask, what’s your name?” 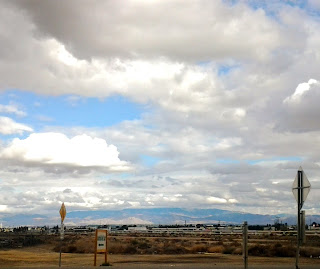 He laughed, “I think I’ll tell you when the date is over.”

I attempted the flirtatious whine, “Oh, come on, don't torture me like that…”

A chuckle answered my question, He told me his name.

He picked me up on time. We went to dinner with his friend who was rude. If this guy was anything like his friend, the night was progressing nicely.

In the car, he apologized for his friend’s behavior. I wasn’t impressed. Birds of a feather flock together. He was just trying to get the date back on track and I let him.

A song came on the radio and we began singing. Our voices blended  I felt alive for a minute. Almost happy. What did that mean?

The song ended as we parked.  He chose a movie and killed a bit of time in a yogurt shop talking. I asked Him questions. He had big answers. He wove a future of endless possibilities. Visions of a great adventure. I wanted to be there with Him. To see if He could do those things. He was starting to sound like a Nice Guy. I resigned myself to my Perception; I could never deserve him.

The movie was a less than stellar. The theater began to clear, he touched my forearm. I turned as he glided in for a kiss. It was quick, sweet and unexpected. Quietly we walked to his car. He opened the door for me. We drove and mindlessly chitchatted.

Suddenly we were in front of my house. I looked at him. He looked at me and leaned in. I took a deep breath. It was a good kiss.  He pulled back a little. Looked deep into my eyes and softly said, "Good Night."

With head spinning I got out of the car and walked into the house. By the time the door closed, I was fuming! He treated me like Sandra Dee. Like I was a Good Girl. Like I was Respectable.

I wasn’t ready for any of this. He would call. He would want to see me.  This was a nightmare!  Not NOW!  I didn't need a new person in my life.  I was a mess. I would only disappoint him. I would only hurt Him.

Yet, with Him, in those moments, I really wanted to be those things. I wanted to be good and pure. He seemed to be someone who thirsted for life the way I did.

Over the course of the next few months, we dated.  Our friendship grew. We fought, compromised and began to fall in love.  I had boundaries. He understood my past. He seemed to respect me despite it. When He looked at Me, He saw a Radiant, Beautiful, Virtuous, Respectable Good Girl.  He seemed to hold similar value about sex and marriage.

We would be new to each other. We could wait for each other. For this reason alone I should wear White. I would be pure to him.

Was it possible The Parentals were wrong?  I learned to accept what he saw. I began to heal. I saw myself as more than my vagina. I learned to see myself as a person.

This young man with big dreams. Wanted similar things as I. A life filled with love and adventure. Support each other’s dreams. Have kids. He liked the idea that I would stay at home and raise them. We would both work diligently at being the parents they needed.

We would build a Good Life.