PTSD Flashbacks are ugly little beasties. They grab the softest part of your memories and hop down the nastiest Rabbit Hole. We've taken many such journeys over the years and we've come to peace with one other. I respect their need to process. If I'm patient, when they are done, I am a little more whole. My memories fall into a peaceful order. The fresh terrors find their place in the proper old memory storage and finally find a place to rest. After 35 years in this process I have learned to be grateful.

My first Flashback was December 1, 1985. It began a spiral that ended sometime in September 1987.

Fall of 1986 found me in the first year of college. Struggling through sociology class, I chose to write a paper about suicide for extra credit. As I delved into the whys and wherefores of the choices my friends made, a tragic chain of events loomed.  I met a boy as I researched. The acquaintance turned into harassment that bordered on stalking. I in my own oblivion, did not recognize the danger.

One night under a beautiful December sky, my boyfriend at the time wanted to defend me. I would not allow it. He demanded, “When are you going to stop letting people walk all over you?”

A switch flipped in my head and I crumbled into his lap. A childhood memory flooded my consciousness with overwhelming sensations. An uncle crossed the line of innocence. My body no longer belonged to me. I lived in it, but my uncle owned it. As I relived that moment, my reality was challenged. I did not have the tools to navigate any of it. Home life had its own reality and often my inner self was not my own. Within this Wonderland reality and truth did not always coexist.  Sanity held together by thin threads frayed to reveal a gaping black hole.

To say that I was a mess was an understatement. At 19, attempting to be an adult is challenging enough; introduce life altering incidents with a dash of questionable reality. This perfect recipe of disaster turned me into a mental .

The next thing I remember is February 1987. My boyfriend and I had a fun date planned. We stopped by for a quick lunch and the usual make out session before our adventure.

The next thing I remember we were in his room and to use baseball metaphor, Home plate was in sight. I froze. I couldn't move. I could barely breath. I whispered, "No."

The Home Run was made.

I experienced my Second Flashback. This time I was younger and the innocence exposed was different and more painful. Like the one my 18 year old body was experiencing. I felt the fabric of my mind shatter into a million pieces. I tried to move. No matter how much I willed it in my mind neither body in the flashback or in the real could move. When he was finished, we dressed and went on with our day.

Neither of us actually sure of what the other experienced. I know we have opposing memories of the day.

In the months that followed my sanity continued to slip away. I remember nothing of my second semester of college or most of that summer. 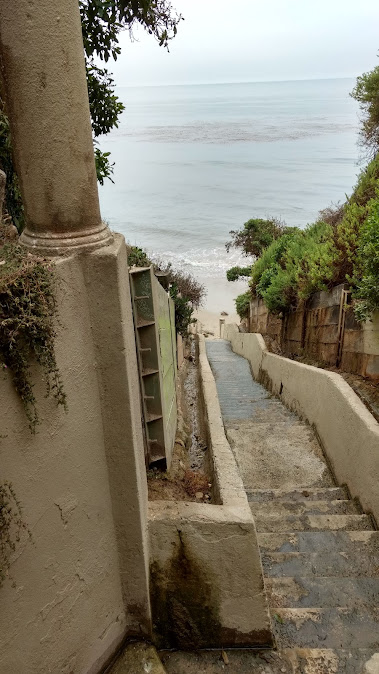 A confrontation transpired with The Parentals in Wonderland about my boyfriend. They spoke their judgment. I knew how I felt, what I thought was true. Their point of view and mine didn't exactly match, but I knew something was very wrong. The more I fought, the more my grip on reality slipped. I had to survive. I had to live. I would figure out what the truth might be at another time.

I was at the bottom of this rabbit hole. I found a truth I could admit.. I would never be the person he needed. I didn't even know if I would survive. We both wanted to make healthier relationship choices than our parents. In my attempt to recover and heal, I was destroying him. I was destroying myself. An amicable or gracious exit was impossible.

I had to let him go. I allowed Insanity to reason out the break up. I said some  horrible things about him. My private meltdown became public and there were many casualties.

Over the years, my thoughts wander to that boy left behind. I wish him all the happiness our loving Creator has for him. I will hang onto this truth: In order for he and I to become the people we wanted to become, we needed to walk different paths.

Travel well my friend, wherever you are.
Posted by froginparis at 2:03 PM