The Honeymoon was rough. I was diagnosed with PTSD, but no one explained to me about triggers. I  couldn't understand the dreams I was having. Or how my skin crawled.

Or how the bloodless sheets shook awake the suicidal thoughts.

I needed it all to stop. I wanted to feel safe like I did before. I knew the only person who could do that was me. He was patient as I worked through the little I understood about myself.

I became obsessive about things. I drove myself into physical pain attempting to be the perfect everything. Finally in frustration, he went for a walk. I sat in a warm bath and sobbed. convinced I ruined our Honeymoon. I jeopardized our marriage and didn’t understand what was wrong with me.

He came back from the walk to find me dressed and sobbing on the bed. He held me and said it was going to be ok. We would work it all out. He understood. I couldn't help it. It wasn't personal. We packed up and headed home.

Weeks later we cuddled up to watch the video of the Wedding. Still struggling with confusion and guilg, a thrill of hope washed through my soul. Maybe if I could hear what he said. I could get back some of the magic of that day. Maybe then I could get back on track. 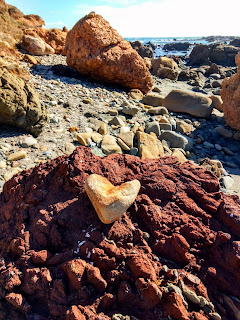 “Welp, no backing out now.”

I was crushed. All my hopes and dreams I placed on him shattered.

He became defensive, “It was only a joke! I had no idea the mike was there!...” and the argument was on.

One that never honestly was settled.

In my insecurity I placed all of my hopes of purity redemption on him. I saw him as respectable instead of deciding I was respectable. I put an unfair burden of perfection on him at that time.

I fell back into feeling lost. This time I had a quiet life to figure it out. I was working. He was attending classes. Where we lived had groups for people healing from Sexual Assault. I began learning true boundaries. Through being honest about my Experience, listening to others’ Strength and Hope, I discovered what issues were mine to solve.

I began to focus on those.

I learned to love my body as it was. I accepted myself with worth. I understood He was equally as human as I was. This Knight in Shining Armor perception was still etched in my head, however I slowly began to see that we stood in equality before a Loving Creator.

Those few months in that College Town were beautiful. The focus was learning about each other and ourselves. Growing and preparing for a future. It became our true Honeymoon.