School supplies were the least of my worries as I prepared for the second year of college. At some point, I would see the love of my life on campus. Insides would heave. That tragedy of errors which was thelast six months of our relationship left irreparable damage. I had no idea how to move forward.

Before Purity Culture existed, were my Parentals.

Birds and the Bees covered the usual. Along with in depth lectures about my worth as a woman depended upon my purity. Oh, sure, there were the clichés,

“A guy won’t buy the cow if he can get the milk for free.”

The one I heard the most was:

Now add in a splash of spirituality.

All growing up, the crackling radio preachers in the morning talked about Sexual Sin. Soul Ties, how if even through passionate kissing, one was bonding a piece of their soul to another person. Never to get it back. Only through Prayer, Tongues, Fasting, Intercession, Anointing, and communing with the Like Minded in Faith, could one MAYBE receive healing.

So here I was. 19 and no longer a virgin. No boyfriend. Thrown in the mix was a childhood sexual assault.

What did it mean for the whole Soul Ties, No Respectable Man would want… thing. If a child is “spoiled” before they even… well. Where does that fit in the Parental Logic? 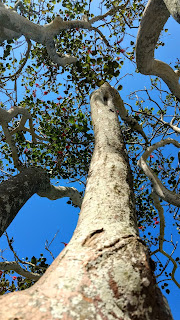 With no idea how to go forward. They said all the answers would be in the Bible. So I searched the Bible.

The holy and perfect checklist of how to be a Godly Woman was laid out in Proverbs 31.
Beauty was vain- so don’t spend too much time on my looks.
Flattery is deceptive- so don’t believe compliments

Other verses filled in the gaps.
.
The Heart is wicked- so don’t trust your inner voice.
Honor your parents- they’re the ones who really love you.
The World is Lost- Faith and the Bible is every answer I’ll ever need.
Fear is the beginning of Wisdom- Don’t trust in my intellect or logic.
Eve was deceived- always trust Men, they always know best.

But,  I was, ruined like Dinah, with no brothers to slaughter a city for my virtue.
I was Tamar, and no brother Absalom to take care me and my spoiled virtue for the rest of my life.

According to what I understood, all that was available to me was an unrespectable man. One who would accept a used cast off. The most confusing, in the scriptures, when a girl was a victim of sexual assault. It didn’t matter the age, she was ruined.

No redemption was available to her. No hope was offered to her.

Left to visit wells in the middle of the day for water so as not to interact with other women. Or she was thrown about to be stoned.

These were the answers the Bible offered.

What was I going to do? I wanted to throw the whole perception out because I no longer fit within it. I wanted to sit in some safe quiet and figure out who I was supposed to be now.

I wanted to find the Jesus who comforted the Women at the Well.

The Jesus lifted the Woman about to be stoned out of the dirt.

The Jesus who was always kind to the sinners.

Why wasn’t that Jesus in my church and family growing up? He was in the Bible they told me to read. Was he even real?

I wanted to know that Jesus.

The Parentals countered, I wasn’t ruined. I was being Dramatic. I didn’t have a “choice” in the former relationship, or with the family member when I was small. It didn’t really count. My soul was intact. I was still virtuous.

“You didn’t have sex” was the statement, “You were raped. That’s different. You deserve to wear White.” I deserved to stand in a church and proudly wear that White Dress.

I defended my logic. I wasn’t pure. I made choices too.

I was dismissed. They explained, I was deceived. It was my Low Self Esteem talking. I needed to forgive myself and let God Redeem me. All I needed to do was truly Repent and it would all magically go away.
I did the best I could with what I had at the moment. I repented for my part. I decided to work diligently at healing. Working to discover a God I read about in the Bible and someday spiritually  awaken in the arms of that Loving Higher Power.